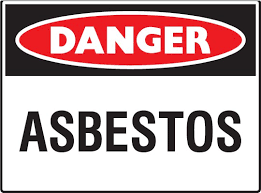 As reported by Lancashire telegraph,  a 78-YEAR-OLD man died after being exposed to asbestos, an inquest heard.

The inquest at Burnley Magistrates’ Court heard Mr Bryan developed mesothelioma, a cancer in his lungs after being exposed to asbestos throughout his working life.

The former industrial worker, who worked for a Chorley factory and Leyland Motors during his career, was first diagnosed with pneumonia and mesothelioma, a type of cancer that most commonly affects the lungs and chest wall, in April last year.

Royal Blackburn Hospital consultant pathologist Muammer Al-Mudhaffer, who conducted the post-mortem examination a day after his death, said tests showed the cause of death was long-term pneumonia and mesothelioma.

Dr Al Mudhaffer said the effects would have taken place over a long period of time and can take many years to show.

During the post-mortem exam, the doctor discovered one lung was ‘abnormal’ and heavier than the other lung.

The family’s solicitor Nicholas Molineux, of Farley’s Solicitors, said James was not unaware about the exposure to asbestos while he was at work.

He said said: “Mr Bryan had difficulties giving a ‘chronological’ recollection of events towards the end of his life but was not unaware he had been exposed to asbestos.

During his working life, Mr Molineux said he would have been exposed to asbestos on the walls and roofs of the various industrial companies he worked for.

However, assistant coroner for East Lancashire Richard Taylor said it was inconclusive when in his working life the asbestos affected him the most.

Reading a conclusion that Mr Bryan had died of ‘industrial disease’, Mr Taylor said: “He was exposed to asbestos during his working life but where and when that occurred can’t be properly ascertained.”