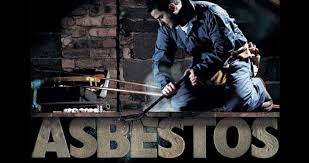 Almost one in four construction workers fear they may have been exposed to asbestos fibres and many would not know what to do about it anyway, a new study reveals.

Research among 500 workers found that one in three did not check the asbestos register, which has details of any asbestos on a site, before any demolition work begins.

Almost one in five of those surveyed by the Institution of Occupational Safety and Health (IOSH) said they would not be clear about what to do if they discovered asbestos.

Craig Foyle, IOSH president, said: “It is unacceptable for anyone in any workplace to be exposed to asbestos. Clearly, though, people are being exposed to it.

“In the decades to come, it is likely that these people and their families will still be suffering unless we all do something about it.”

Dr Lesley Rushton, who chairs the Industrial Injuries Advisory Council, said: “What these new survey results confirm is that, while people have heard of asbestos and know what the effects of being exposed to it are, they’re not sure how to check if it’s present and they may not know what to do if they find asbestos.

“Uncertainty and ignorance surrounding how to prevent workers from breathing in the fibres is deeply worrying.”

Asbestos fibres, banned in the UK since 1999, can be found in many products including roofing, spray coatings, lagging, insulating boards, ropes, yarns and cloth.

They are invisible to the naked eye but can cause fatal cancers such as mesothelioma. Workplace exposures are responsible for at least 5,000 deaths in Britain every year, and IOSH stats suggest up to half a million buildings could contain the lethal mineral.

The report was published to mark a campaign by the IOSH to highlight the risks of exposure to asbestos.

Unite national officer Jerry Swain said: “The findings of this survey are alarming. They demonstrate that there remains a huge amount of ignorance and lax enforcement of asbestos laws in the construction industry.

“Workers are literally risking their lives by failing to check registers and being unsure what to do if they believe that asbestos is present.”