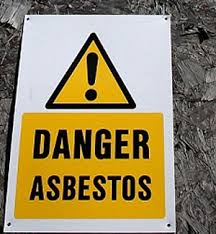 As reported by The Daily Record, irresponsible companies who expose workers to asbestos would be forced to repay the NHS for the cost of treatment under new plans tabled at Holyrood.

The proposal – which has been put out for public consultation – would allow hospital chiefs to claim back money from firms who have neglected their workers.

NHS Scotland spend more than £20million every year dealing with people who have been exposed to toxic fibres.

The estimated cost for diagnosing and managing mesothelioma – a tumour on the lining of the lung caused by asbestos – is about £60,000 a patient.

McMillan ran out of time to pass similar legislation in the last Scottish Parliament term.

The updated plans have been expanded to include about 70 conditions officially classed as industrial illnesses by the Department for Work and Pensions for the purpose of social security payments.

The NHS are already able to recover the costs of treatment for those injured in road accidents caused by negligence.

McMillan, SNP MSP for Greenock and Inverclyde, said: “The NHS in Scotland should not be disadvantaged by paying the price for the care and treatment of individuals whose injuries have been caused by negligence. They should also be fairly compensated for treating someone who suffers from an industrial disease.

“Millions are spent each year on treating industrial diseases which people have contracted through poor working practices and conditions. At the very least, this legislation would help drive up health and safety at work standards across Scotland.”

Clydeside Action on Asbestos manager Phyllis Craig said: “Recovering the costs for treatments for those who have sustained an industrial injury is an issue we have been raising for some time.

“We hope the Bill will ultimately recover all costs of treatments provided by the NHS.

“This will mean the liability of insurers to meet the costs of diagnosing, managing and treating those who have suffered an injury or illness can be enshrined in law.”